Journey of a Dentist for ADC Exam

This story of a dentist tells about the journey of a dentist for ADC exam and the mental, physical and economic sufferings full family went through after his failure.

Ganesh was a general dental practitioner with a nice practice in a class two city. Isha was a tutor in a Dental college in the same city. The couple had been living a happily married life with their 5 years old son and their parents in a joint family.

As every couple in India has its own dream, they also had one. They wanted to settle abroad with a decent earning and a bit of respect among their relatives. They decided to try their luck and settle in Australia. So, the plan decided between them was, Isha will be working as usual along with taking care of the home while Ganesh will study hard to pass ADC licentiate examination. Once Ganesh will get a registration as a GP and a job in Australia, Isha will also qualify the ADC exam and will start working there.

The Preparations for ADC Exam

Ganesh started preparing though an Online Course, worked very hard and sat in the part 1 examination in 2008 in New Delhi center for his second attempt. The result of the preliminary examination came positive and the couple was elated for the first time in the last three years. They even started to plan further as to how and where they would prefer to settle in Australia.

Ganesh left for Australia for part 2 practical examination. The examination center was in Adelaide in Royal Adelaide Hospital. The part 2 examination was spanned in two weeks. Ganesh enjoyed giving the exam in day time and enjoyed the evening in the Rundle Mall area and along the northern terrace with his friends as he was confident about his exam result.

The post examination week was full of adventures as he went for a tour in the outback and tasted the great wine in the wineries of Barossa valley. What he didn’t assess was the economics of the trip.

All the time, effort and money were wasted as the result showed a “Fail” with few remarks after a few weeks back in India.

The pair got a huge shock. The parents came forward to console and again, Ganesh decided to take a second chance. He was determined to pass it in the second attempt. Father was ready to spend all his life savings for the great future of his Son.

After one year, in the Westmead Hospital, Sydney, the second take of the part 2 practical exam of ADC went well. Although, he was doubtful about his performance at a few moments of the exam, but confident that the examiners would be considerate about his overall performance. 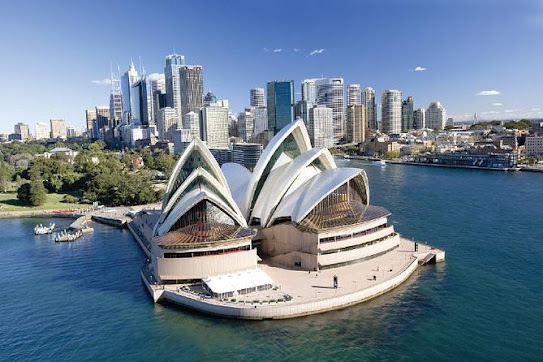 He enjoyed his second trip as much as the previous trip a lot and saw the eastern coast extensively, collected a lot of sweet memories with his friends and even decided as to where he will settle in Sydney. He liked eastern coast a lot.

Back to India, his wife and he started thinking of preparing to pack up. His parents were also highly optimistic of their future and happy even their life time savings had been drained out.

They were full of confidence about refilling the coffer within a year of working in Australia.

The waiting period ended and the long-awaited letter came. His heart missed a beat looking at the weight and thickness of the envelope. The words of his friends started swirling around in his head, ‘thick envelope means more papers-that again means papers having a lot of suggestions about the future course of action.

The world around him started revolving, Ganesh felt dizziness for a while and lost his senses.

He and his whole family lost all hopes of the life they had been dreaming of just.

Financially, they were broke. Neither was there courage nor finance to try out one more attempt.

The coming years were very much stressful. He did not realize the moment when he became a chronic alcoholic. The strain between the couple remained for years. The marriage was at the stalk. Chronic depression settled in the whole family. His planned journey for settling in Australia resulted in apocalypse.

There always remained the guilt of losing so many years of life, lost family time, hard earned life time savings of father and permanent loss of hope for a life the pair dreamt of.

Years afterwards, he used to think, had I taken the help I was constantly offered from so many experienced successfully passed out dentists, life would have been happily going on a different path.

This story will continue. I shall write the second part of the story-Painful Journey of a Dentist for ADC Exam after a while.

Read the part 2 of the story HERE.